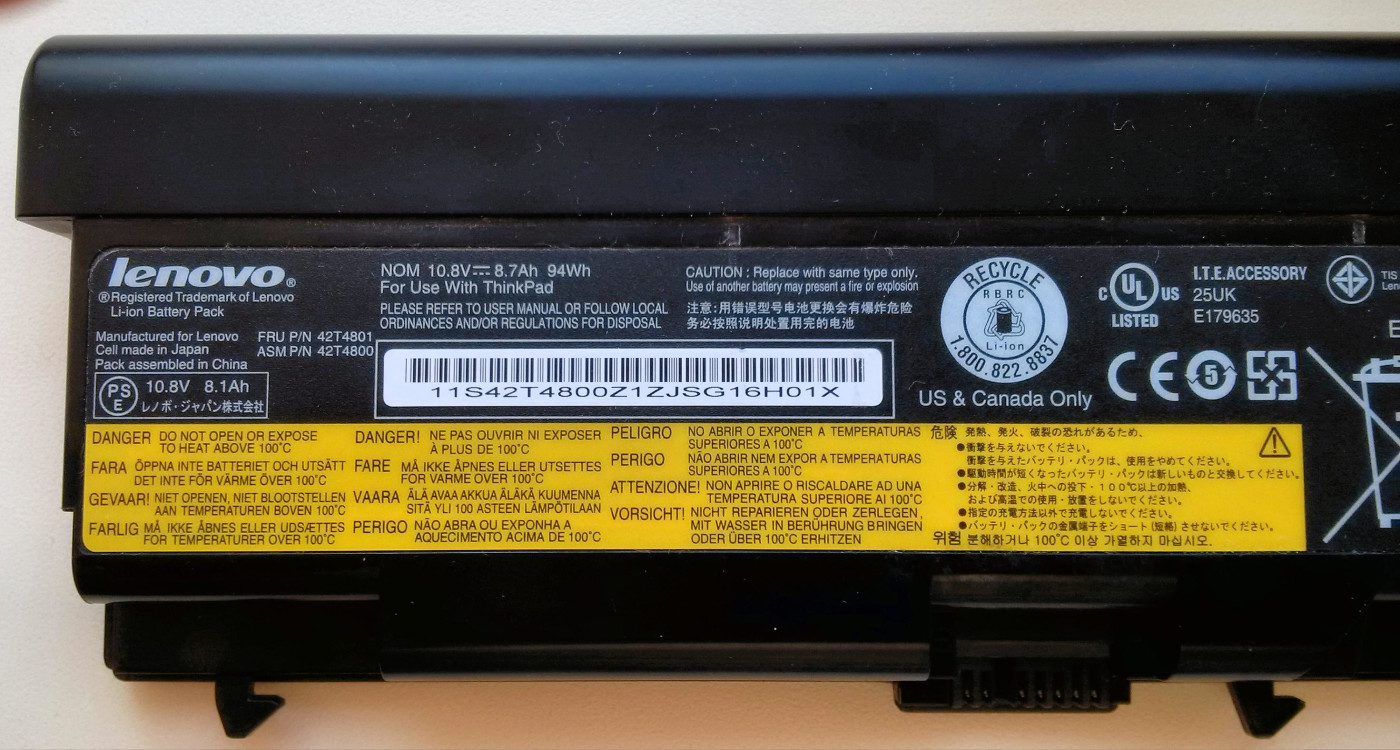 I purchased a Lenovo W520 in 2011 primarily because Thinkpads have a stellar reputation, and because Lenovo backs their business-class Thinkpads with a 3 year international warranty. Over the last 4 years, this notebook has been a true workhorse despite the fact it needed to be serviced twice in China and twice in Canada.

I use my notebooks a lot and nearly always need warranty service by year three. As expected, in December 2014, Lenovo replaced under warranty the motherboard and memory in my Thinkpad W520.

Very pleased with the new internals in my notebook, you can imagine my surprise when on October 31 2015, I discovered a strong burning smell coming from my W520 while operating on battery power.

A quick search online led to information published worldwide about the large-scale Lenovo battery recall and the fire hazard that it presents. The most authoritative source for me was the Canadian Government’s release warning of the fire hazard (http://healthycanadians.gc.ca/recall-alert-rappel-avis/hc-sc/2015/52947r-eng.php).The United States Consumer Product Safety Commission released a similar statement.

I downloaded and ran the automated solution “LenovoBattery.exe” from Lenovo Support to check if my battery (11S42T4800) is on the recall list. To my surprise, it is not on the list. After testing this one more time, it is quite apparent that the battery is at fault and that the factory-defective battery has likely damaged the charging system or some other component inside my Thinkpad W520.

I am currently working in abroad and my Thinkpad W520 is absolutely essential for my work. I rely on it for every stage of lesson planning, grading, for meetings and for other consulting work as well. As you can imagine, I am extremely concerned that my computer will fail here as a result of the defective battery which, in turn, has damaged the W520 notebook itself.

I’ve written to Lenovo about this and hope to receive a quick solution.
Has anyone else had problems like this as a result of defective batteries?

As a way to reach out to other consumers who might be experiencing this problem, I have posted a similar note on Amazon.com