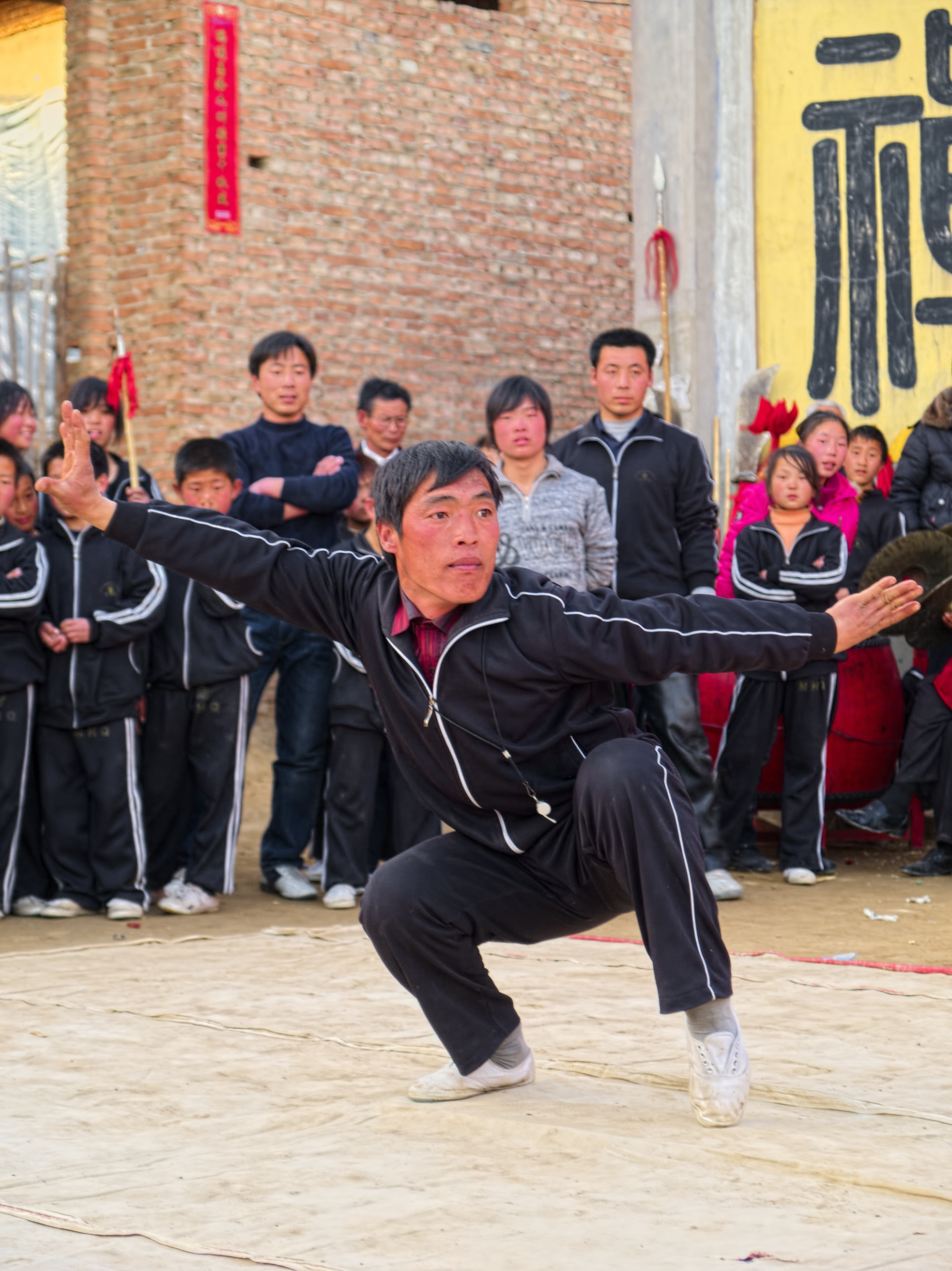 In 2003, Ambrosi undertook studies at the Japanese Language Institute, Kansai and became fascinated with the relationship between Japanese festivals and martial arts, including the bo-no-te groups of Aichi-ken. Ambrosi spent the next 6 months in north China where he worked to complete a video-photography for an ethnographic film about meihuaquan. Ambrosi’s interest in meihuaquan and other folk martial arts of north China began when he was a language student in China in the 1990s. Studying under the tutelage of Meihuazhuang master Yan Zijie, Raymond began to take interest in the sociocultural and historical context of this martial art. In 1998, he undertook his CIDA (Canadian International Development Agency)-supported Master’s degree dissertation which examined how performances by meihuaquan martial arts organizations are being developed for alternative tourism and economic development in an underdeveloped region of Hebei province, China.

He is interested in alternative health and exercise methodologies and studies the Japanese martial arts of Kendo and Iaido. In recent years, Ambrosi has worked as a social science researcher on a variety of projects dealing with social change and culture in his home province of Saskatchewan, Canada. Ambrosi serves as an advisor and instructor to the Canadian Meihuazhuang Association.

Martial arts interested when I was in elementary school, but I never had the chance to study them. Later, when I was about 15 years old, I encountered bullies at high school and began to study taekwondo for self defence. I enjoyed it and soon had no problems with bullies who soon realized that their weak prey was no longer weak. I continued until I entered university when my interests changed and I began studying Chinese martial arts. During that time, I watched many exciting Chinese kung-fu films that played late on Saturday nights. I was inspired by the film’s moral stories, the beautiful landscapes, and by the strong cultural component of martial arts. In 1990, after five years of training in Chinese martial arts in Canada, I began studying the Meihuazhuang (Meihuaquan) in China while an exchange student at Shandong University. It was an experience which profoundly changed my way of thinking, moving and living. Since then, the physical and mental/ spiritual aspects of Meihuazhuang have captured my imagination and I have returned to China many times to continue my studies in this art and to document and research the lives, customs and culture of rural and urban practitioners. My interest in martial arts expanded in 2000 when I had the good fortune to live in Yuzawa, Akita-ken for a year and began studying Kendo and Iaido. In 2003, I again was patiently taught by excellent teachers in Izumisano, Osaka, These experiences greatly enriched my understanding about Japanese culture and society. As was the case in China, my study of martial arts in Japan served as a ‘window’ to help me understand some of the central traditional philosophies, beliefs and practices of another people.

For the past several years, I worked as a researcher on projects that examined social change, history and culture in my home province of Saskatchewan. Currently, I am currently doing research on folk martial arts organizations found in rural north China. To facilitate his research, I am now studying a doctorate degree (PhD) because I believe this is a good way to combine my interest in martial arts together with a career. Last year, I interviewed elderly masters in rural areas of Shandong, Hebei and Henan provinces in China. These masters are part of an organization that has existed for hundreds of years and has, as its primary goal, improving the physical and spiritual lives of rural people. I hope to publish excerpts from these master’s life histories and collective knowledge in forthcoming publications and in a documentary film.

I want to encourage young readers to remember the purpose of martial arts. Certainly, they can be fun and are a good way to stay fit and active. It is also true that martial arts will develop your body and health and are good ways to learn self defence skills. It is even more important to understand that martial arts are for cultivating your mind, heart and intellect.

Proper training in martial arts will nurture in you the meaning of ‘kindness and charity慈善, patience耐性, perseverance忍, loyalty and righteousness义, magnanimity and kindness 仁慈. If martial training does not cultivate these essential human qualities, then it does not have any meaning. But if we cultivate these qualities, we will remember our responsibilities to family, friends and community and to always treat others well. These lessons will challenge you to improve yourself and give you the tools you need to help make the world a fairer place. But for beginners, we must remember to have fun and enjoy our practice! Welcome to this exciting adventure!

May 20
Mr. Zhang Gaoyan. A short obituary: The life of a meihuaquan master and community activist